With my improved actionscript skills I decided to try and build a few new banner ads using actionscript. Having previously made a start on an interactive campaign for the Horniman museum, I decided to use it again as a starting point. Surprisingly, the museum has one of the largest collections of musical instruments in the country. It also has some wonderful touch-screens which allow you to see the instrument you want to hear and tap on the image on the screen to hear it play. I created a banner ad which allows you to do much the same thing online. To hear it click on 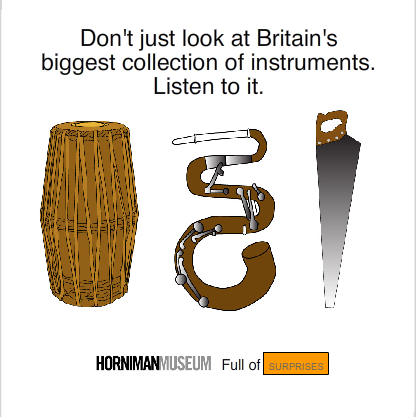 Banner ad for the Horniman Museum.