Interactive Kiosk
This began as Arminder Kalra and my Interactive Design MA final project. It allowed visitors to experience for themselves the full horror of Oscar Wilde’s most famous book; The Picture of Dorian Gray. Discussions to use it as an installation in the Oscar Wilde House Museum in Dublin eventually stalled.

Description
Like Dorian, the visitor can see the result a series of
moral decisions will have on their image. Good ones leave
the image untouched, evil decisions transform their
image into that of a monster. 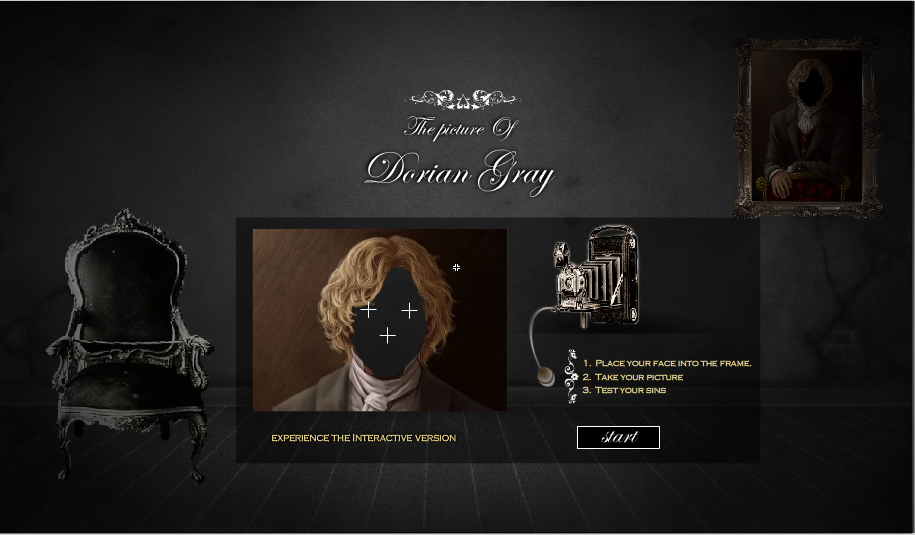 The player takes their picture with a webcam, then
superimposes the picture of their face onto Dorian Gray’s
painted body, which they see on a screen in a picture frame.
He then faces situations based on the seven deadly sins in
which he has to make a choice. 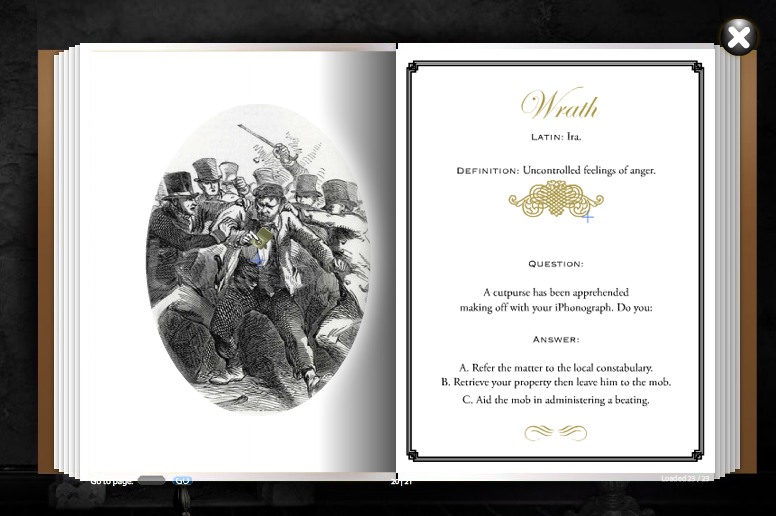 Each situation has an A, B, and C option and is written in a
SteamPunk style-book. The least moral the choice he makes,
the uglier his image becomes.

At the end, the user sees the cumulative result of his moral
choices. If he has chosen the path of evil he can choose to follow
Dorian’s fate and “stab” his self-portrait to kill the evil image
and return it to its original state. 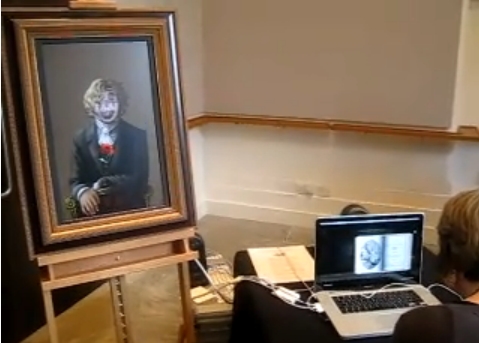 A performance of the kiosk version of “The Picture of
Dorian Gray” (video above) which took place on the fifth of March as part of the
Digital Festival at the Victoria and Albert Museum.